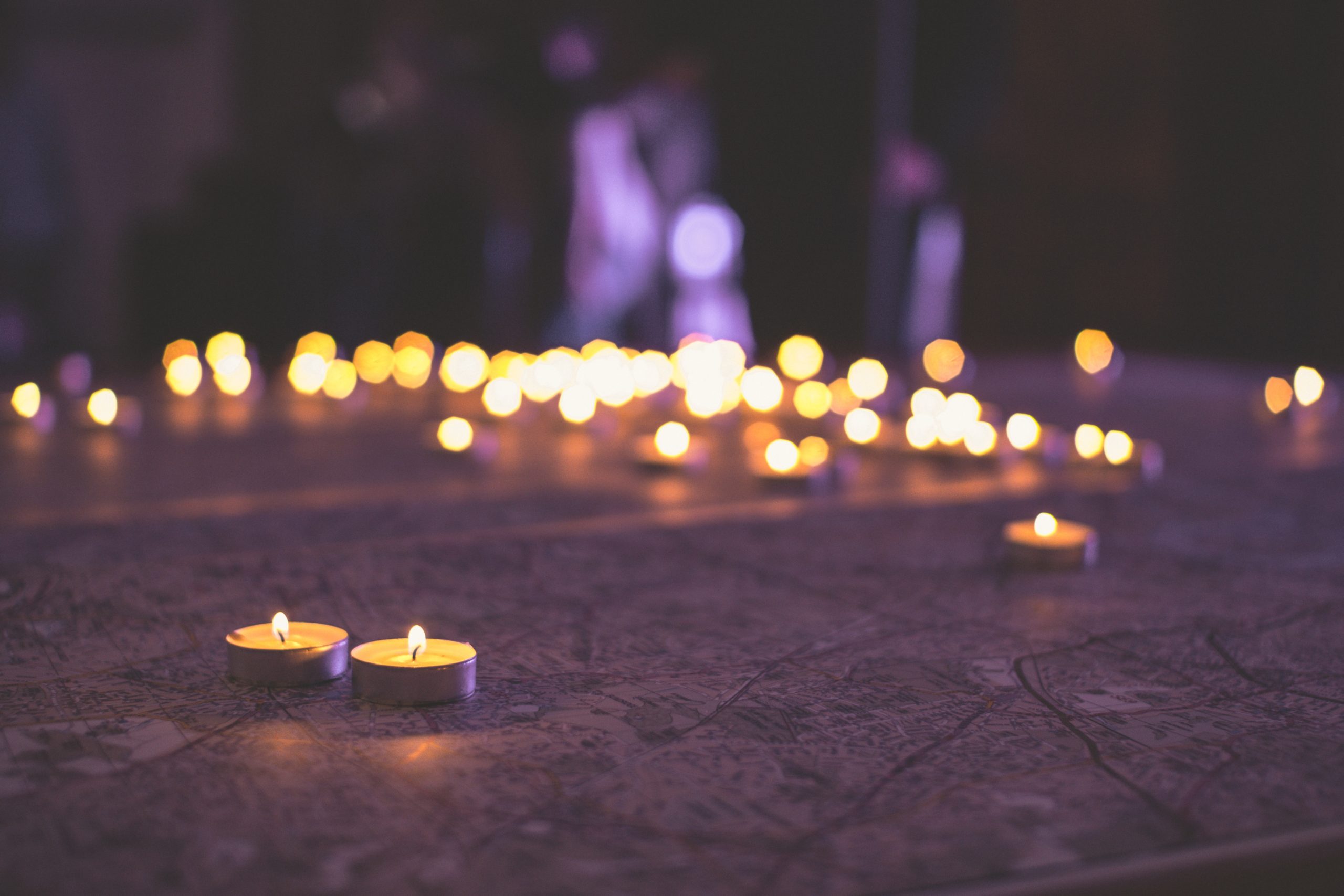 When our children were baptized they were baptized in the baptismal gown in which my brother and I were baptized. Some families have baptismal gowns that go back further, perhaps your family does.
The reason we use baptismal gowns, at least when young children are baptized – this is easier for children, is that when we are baptized we put on a new identity, we put on a new life, and the gown symbolizes this new beginning and identity. In Isaiah 61 the prophet states out that God has clothed Israel with the garment of salvation and the robe of righteousness, and that is God’s doing, – and in our reading from Romans Paul admonishes us to put on the Lord Jesus Christ. It is first what God does for us, and then our living into God’s promise of belonging to God and being a citizen of the Kingdom of God. That is the order.
In Galatians Paul can say that it is no longer he who lives but it is Christ who lives in him. (2:20) I do not know that there is an image that expresses the closeness and intimacy of Jesus better. The image in today’s reading from Romans about putting on Christ is about living in God’s presence and living into God’s reign. Which is the reason why Paul can begin this passage with the acclamation that our salvation is closer to us than when we first became believers.

Closeness is of importance here. The season of Advent anticipates God’s coming and the advent wreath helps us count the time until Christmas. When I met with students at Kwantlen Polytechnic University last week, one of the questions that was asked was how one could know that God was not simply a product of our imagination. And while we cannot prove or disprove the existence of God, for a god we could prove would be no god, Christians affirm not just in the future coming of God but God’s presence today: In Word and Sacrament, in the communion of the church, and gifted to us and to everyone in the world, if we have eyes to see and ears to hear.

Paul’s words are also repeated in a poem turned Advent hymn we sung when I was growing up.
“ …the night is far gone, the day is near. Let us then lay aside the works of darkness and put on the armour of light …”

The poet who incorporated this promise into his poem is Jochen Klepper. Klepper is born in 1903 into a Lutheran parsonage in Silesia. His parents are unhappily married and while his mother endures her husbands sermons, she plays solitaire while her husband preaches. Jochen is the middle child of the family. He has two older sisters and two younger brothers. He studies theology and plans to follow in his father’s footsteps, even though their relationship is marked by conflict. Jochen is unable to complete his studies due to his fragile health and turns to writing. In 1931 he marries Johanna Stein, a Jewish widow and mother of two against the resistance of his parents and siblings. This isolates him further from his family of origin.
Johanna is 13 years older and Klepper becomes a loving step-father to her two daughters Brigitte and Renate.
If you have been paying attention to the dates you will have an idea of where this story is going. When the Nazis come to power in 1933 Klepper is put on the watch-list of the regime, for being married to a Jewish woman and for being a social-democrat. Eventually he leaves the social democratic party but still loses his job at the radio, and eventually is forbidden to write and to publish. His wife’s property is confiscated and the combination of the prohibition against him and the confiscation of her property drive them into poverty. In 1938 they are able to send their daughter Brigitte to England but their own hoped for departure two and a half years later is denied by Adolf Eichmann. Discrimination and violence against Jews increase, and unwilling to have the state divorce their marriage on the grounds of “race”, and knowing that Johanna and Renate would be sent to concentration camp, they take their own lives in December 1942. On the evening before Klepper deposits manuscripts with a neighbour.
Klepper’s last entry into his diary reads: “In the afternoon the negotiations with the security service. We will now die – this too is with God – tonight we will die together. Above us … is the image of the blessing Christ, who fights for us. In his countenance our life ends.”1

Let me sing the first verse:
The night is far advancing, the day cannot be far.
Let songs of praise ascending now greet the Morning Star!
Whose night is bathed in sorrow may join in praise again,
and from that Star may borrow bright hope in fear or pain.

Klepper’s writing is permeated with biblical imagery.2 The Morning Star is the image for Jesus, God’s messiah, and the night is not only an abstract understanding of sin and the world but it is what Klepper and his family experience.
When I was growing up as a boy in Germany, the church bells would ring in the Sunday on Saturday at 6 pm. Now technically you might say that the Sunday doesn’t start until sunrise, or maybe until midnight, yet the church inherited its understanding of the Lord’s day from the Synagogue for which the Sabbath begins at sundown. This means that we celebrate the light while it is still dark and thus affirm that it is not darkness that constitutes and controls our life but the promises of God.

None of this denies the reality of darkness and Klepper does not deny it either. Rather, in the midst of darkness, a darkness none of us can imagine, he holds to the promise and presence of God and trusts in God’s salvation. His family’s death is not simply an act of desperation but an act of defiance. It says, “We belong to God, not to our tormentors.” The family dies aware of the countenance of their blessing Lord who gives everything for them.

Let me sing one more verse:
The night is quickly passing,
Arise this child to_embrace!
Salvation all-surpassing is present there. To trace
from age to age eternal
his love, God’s only Son
takes on your guilt infernal.
In him new life is won.

It may be that growing up in post-war Germany made me particularly receptive to Klepper’s view of salvation in dark times, and yet all of us know darkness in one way or another. The gift of Klepper’s witness is that in the midst of darkness he held on to the Morning Star and sung His praise.
Just as the Sunday starts at Sundown, so the church celebrates the coming of the Light of the World at the darkest time of the year. We can do so because salvation is nearer to us now than when we became believers; the night is far gone, the day is near.