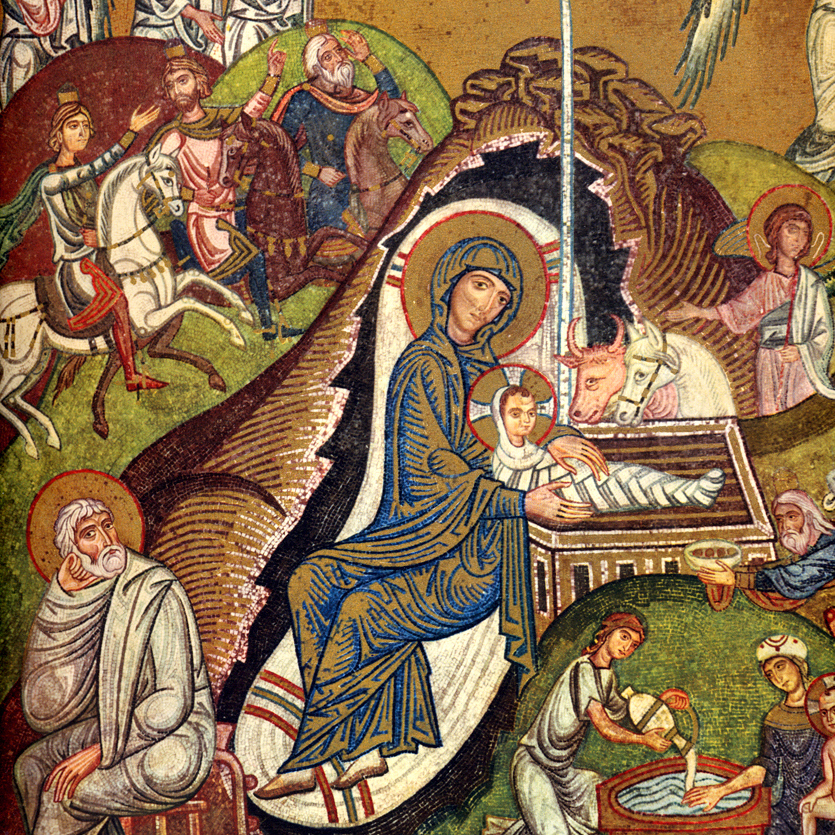 We Are Given a Future

My wife and I have three children. She comes from a family with five children, I come from a family with two. Sometimes, my wife will say that had we started sooner, we would have had more.
This makes sense not only because of her own childhood experience, but also when you think about the energy children have and the energy that is required to raise children. Compared to their parents, children are always at an advantage.
Our children are all grown. But whenever we see young children, in our neighbourhood, at the church, at the park, at the store, our attention is drawn to them. I think it must be because they have so much energy. And it is their energy that fuels their inquisitiveness, their play, their learning, their interest in the world.
Many years ago a colleague became a grandfather shortly before Christmas and not surprisingly the Christ child had taken on a whole new meaning for him.

Barrenness afflicts Elizabeth and Zechariah, the parents of John the Baptist. Like Abraham and Sarah many centuries earlier, they are getting old now and the window for parenthood is closing. Like others they long to have children. On their own they cannot make this happen. Only God can make this happen. When Zechariah is serving in the temple, an angel appears to him and announces the birth of a child. This child is John the Baptist, the forerunner of Jesus.
Elizabeth and Zechariah are given not only a son but a future.

Mary and Joseph are not old but young. They are not praying for children, they are not married, and if anything, having a child now will greatly complicate their life. But an angel appears to Mary too, as well as to Joseph. And Mary, after she has consented to God’s will, will conceive.
A young couple having a child seems different from the barrenness experienced by Elizabeth and Zechariah, but what both conceptions and births have in common is more than the fact that Elizabeth and Mary are relatives, which they are, but that they are given children and with their child they are given a future.

This is of significance to us who worry about the future, about our future, the world’s future, and the planet’s future. Maybe we have decided to put our worries aside for the holidays. But if we put our worries aside then we can’t see why this night is so important and why this child is so important, because if we put our worries aside we will not see a Saviour but only a baby, or pretty lights, or have the sentimentality of the season transport us elsewhere.
Yet Christmas is about the future. In the birth of Jesus the world is given a future. Tonight is a night of great joy not simply because a child is born but because God has heard our cries and the cries of all of creation, and God has given the world a future.

We may wonder what kind of a future it is that we are given, and the best cue comes from Mary’s song who sings about Jesus before Jesus is born. This future will be marked by mercy, not achievement, not domination, not privilege. It will be the beginning of an upside-down world where God will scatter the proud, bring down the powerful and lift up the lowly, fill the hungry and send the rich away empty.

It is true that this vision requires faith, for if we look around, we may not see the things Mary sings about, except in a few places. With faith, however, we see that this is how God looks at the world and that those at the margins are those who are loved and treasured by God.

And so we can open our eyes and we can get to work. And as we do so, we may remember what it means to be a parent. When your children arrive, you suddenly realize that your life is not about you. Suddenly your life revolves around your children, and most of the time you don’t mind one bit. For those who follow Jesus their life is no longer about themselves but about the world God loves.

And so the future God gives us in Jesus does not leave us passive. When we look at the birth stories of John and of Jesus, we see that they are not born to chase their dreams as we may tell our children, or to go and do whatever they set their minds to, nor to spend their children’s inheritance. Rather, their lives find fulfillment in serving God and the world. They are not born unto themselves but are born unto God and into a community.

Later Jesus will tell stories about agriculture in which he will talk about barren trees – and there we have that word again – and about bearing fruit. And in one of the stories he says that he is the vine and that we are the branches and that the branches can only live and bear fruit if they remain connected to the vine, in the vine, abiding in him, is what he says.

We whose lives are sometimes barren, and who worry about the world and the future, we are given a future this night.

We are given a future in Jesus who is the vine and who enables us to bear fruit, and to see the world through the eyes of God’s redeeming love. May we hold on to that future, may we hold on to Jesus.