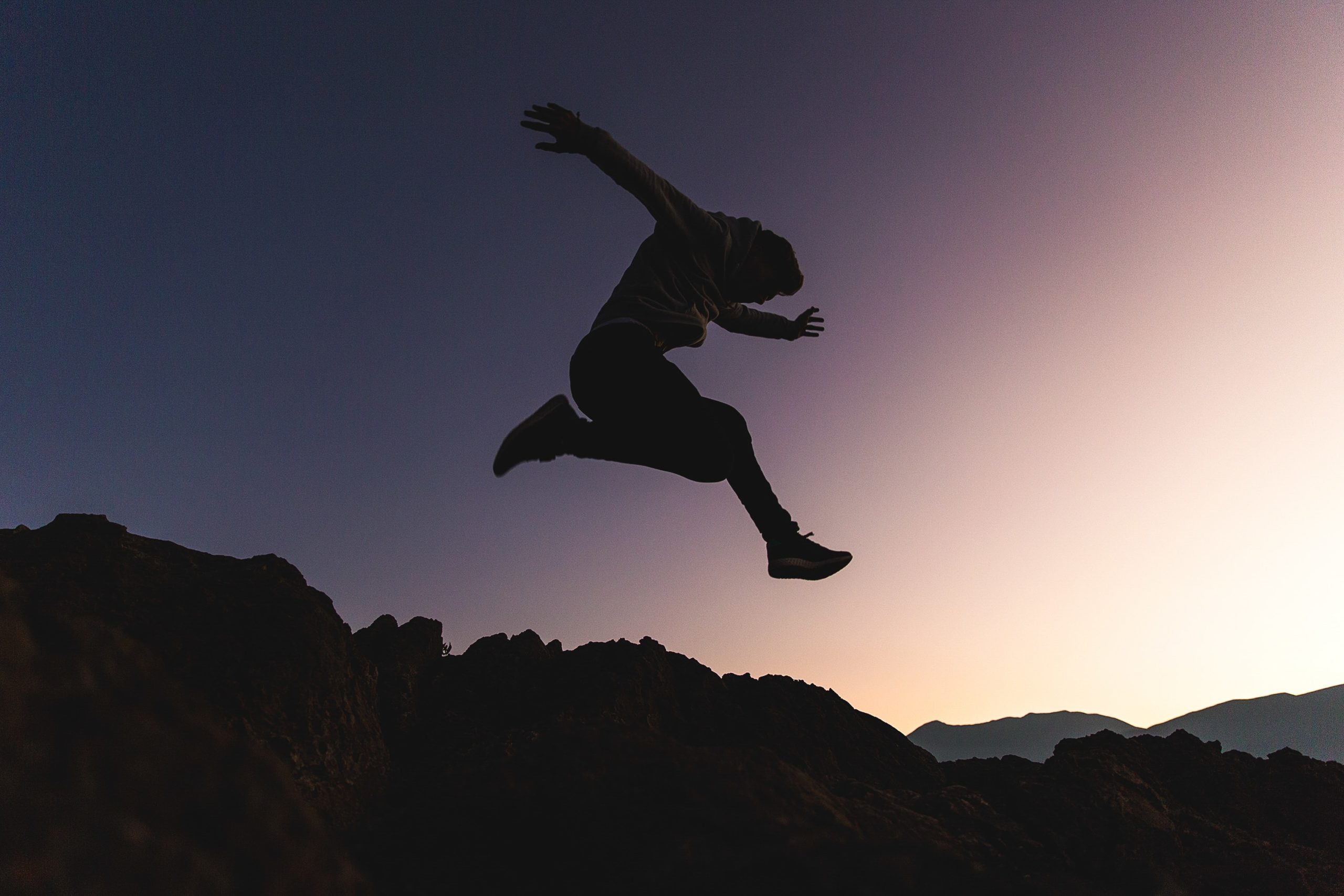 Pride Comes After the Fall

There is no video for this service as today we celebrated worship outdoors.

Sirach 10:12-18:
12 The beginning of human pride is to forsake the Lord; the heart has withdrawn from its Maker. 13 For the beginning of pride is sin, and the one who clings to it pours out abominations. Therefore the Lord brings upon them unheard-of calamities, and destroys them completely. 14 The Lord overthrows the thrones of rulers, and enthrones the lowly in their place. 15 The Lord plucks up the roots of the nations, and plants the humble in their place. 16 The Lord lays waste the lands of the nations, and destroys them to the foundations of the earth. 17 He removes some of them and destroys them, and erases the memory of them from the earth. 18 Pride was not created for human beings, or violent anger for those born of women.
Psalm 112
Hebrews 13:1-8, 15-16
Luke 14:1, 7-14

As I read our text from Sirach, a reading from one of the books that did not quite make it into the canon of the Bible but are deemed worthy of our attention, I was struck not by the wrath of God, of which there is certainly mentioning, but by the warning against pride that begins and ends the reading. The middle part where thrones of rulers are overthrown, and where some nations are even removed and their memory erased, appears the consequence of pride.
By pride Sirach does not speak of the pride parents and grandparents have in their children, or spouses have in each other, but to forsake the Lord, to withdraw our heart from our maker.

The world has been withdrawing its collective heart from its maker for a long time, for keeping our heart with our maker, means to remember that we are not self-made but “live by very word that comes from the mouth of God,” it means to recognize our dependence on God when most of us would like to think of ourselves as independent.

Near the beginning of the Bible we find the story of two brothers, of Cain and Abel. It is a story of rivalry, the origin of which appears to be whether the Lord had regard for their offering. That God did not appear to have regard for Cain’s offering was the cause of Cain’s anger that led him to murder his brother. The cause of Cain’s anger always seemed peculiar to me, the point, however, is not to allow anger to get the best of us. Cain was warned that sin is lurking at the door; its desire is for you, but you must master it. We learn that we are our siblings’ keepers, we are to live with social responsibility, or in the words of Sirach, “Pride was not created for human beings, or violent anger for those born of women.”

Michael Sacasas, a writer on technology, culture, and ethics, says about this story that the question the story poses is how to live after Eden, after the fall.
Sacasas says that the text of Genesis offers two paths out of Eden, one is the path of Cain and his descendants, the other is the path of Seth who has taken Abel’s place. And so we have two distinct competing ways of living after the fall.
Despite his sin, Cain’s life is spared and his life is protected yet the Lord says to Cain, “When you till the ground, it will no longer yield to you its strength; you will be a fugitive and a wanderer on the earth.” (Genesis 4:12)
Yet Cain, confronted with the dire prospects for life east of Eden, instead settles and decides to build a city. (Genesis 4:17)
It is worth noting that the early chapters of Genesis have something to say about human artifice, about the arts, and about technology. In the same section in which we learn about Cain settling and building a city, we learn that the three sons of Lamech are called the fathers of those who dwell in tents, have livestock, of all those who play the lyre and pipe, and of those who forge all instruments of bronze and iron tools. 4:20ff) All significant technological achievements.

While later Noah will use technology to build an ark, here technology serves to resist the command of God. Cain has rejected God’s judgment of being a fugitive and a wanderer, he does not accept the lot of subsistence farming, instead he settles and builds a city. Cain refuses the way of God. He is unwilling or unable to turn to God in repentance. Instead, he will rely on his own strength and ingenuity. Driven by fear Cain seeks to overcome the fragility of the human condition through a project of technological mastery.

Technology has brought humanity a higher standard of living, great conveniences, and greater life expectancy. Yet we know that technology has also led to environmental degradation and, coupled with capitalism’s need to produce ever greater profits, we are depleting the earths resources at a rapid rate. We have become ever more specialized and know more about fewer things than ever before, and most of us are city dwellers who could not grow food if our life depended on it. Of course, we do not have to grow food, but we are so far removed from the land that we could not if we tried.

Wendell Berry, in a talk some years ago, stated that, of course, science could cure cancer. Then he added that science also causes cancer.
What is peculiar is that even though we may now have recognized the environmental crisis we have created, we seek to master this crisis not through fundamental changes to our economies, industries, and our way of life. And because we continue to put off these changes until the next climate summit and then the one after that, they become ever more difficult to implement. Instead of producing substantive change we hope for technologies that do not yet exist, all to avoid to have to make actual changes, all to continue to live the way we want to, without repentance, and without recognizing the boundaries of human behaviour.

If the ecological crisis is anything, then in my opinion, it is an expression of human pride.
We learn from Thomas Aquinas that pride is the act of one believing to be greater than one is.1 Aquinas says, “ … right reason requires that every man’s will should tend to that which is proportionate to him. Therefore it is evident that pride denotes something opposed to right reason, and this shows it to have the character of sin …”
That, I believe, is what is happening here.

The point here is not that technology is bad but that it is not God but has been used since time immemorial to seek independence from God. It is no coincidence that the story of Cain and Abel leads directly to the Tower of Babel where the goal is to be like God. Conversely, Jacob’s Ladder serves the opposite purpose, it serves angels and God to descend and bless Jacob, and implicitly humanity. That reversal is what the biblical warning against pride both calls for and promises.

We noted earlier that Cain showed no repentance but instead resisted God’s judgment relying on his own strength and ingenuity.
One might interject that repentance would have been proper for Cain but not for us, for applying the same criteria here would mix church and world, God and politics, forgetting that God has a politics.
The objection that repentance is a spiritual exercise that should only be applied to spiritual things, denies that all things belong to God, and such denial leads to the practical atheism that we have all been guilty of, confessing God with our lips but serving a different master.

There may be another objection one would want to make and that is that talking about the environmental crisis is just so depressing. I will not argue that.
Yet denial can hardly be cheerful. What Sirach offers us, and what the Bible offers throughout is repentance as the way to God who promises us life.

Thanks be to God.

1Pride [superbia] is so called because a man thereby aims higher [supra] than he is; wherefore Isidore says (Etym. x): “A man is said to be proud, because he wishes to appear above (super) what he really is”; for he who wishes to overstep beyond what he is, is proud. Now right reason requires that every man’s will should tend to that which is proportionate to him. Therefore it is evident that pride denotes something opposed to right reason, and this shows it to have the character of sin, because according to Dionysius (Div. Nom. iv, 4), “the soul’s evil is to be opposed to reason.” Therefore it is evident that pride is a sin.