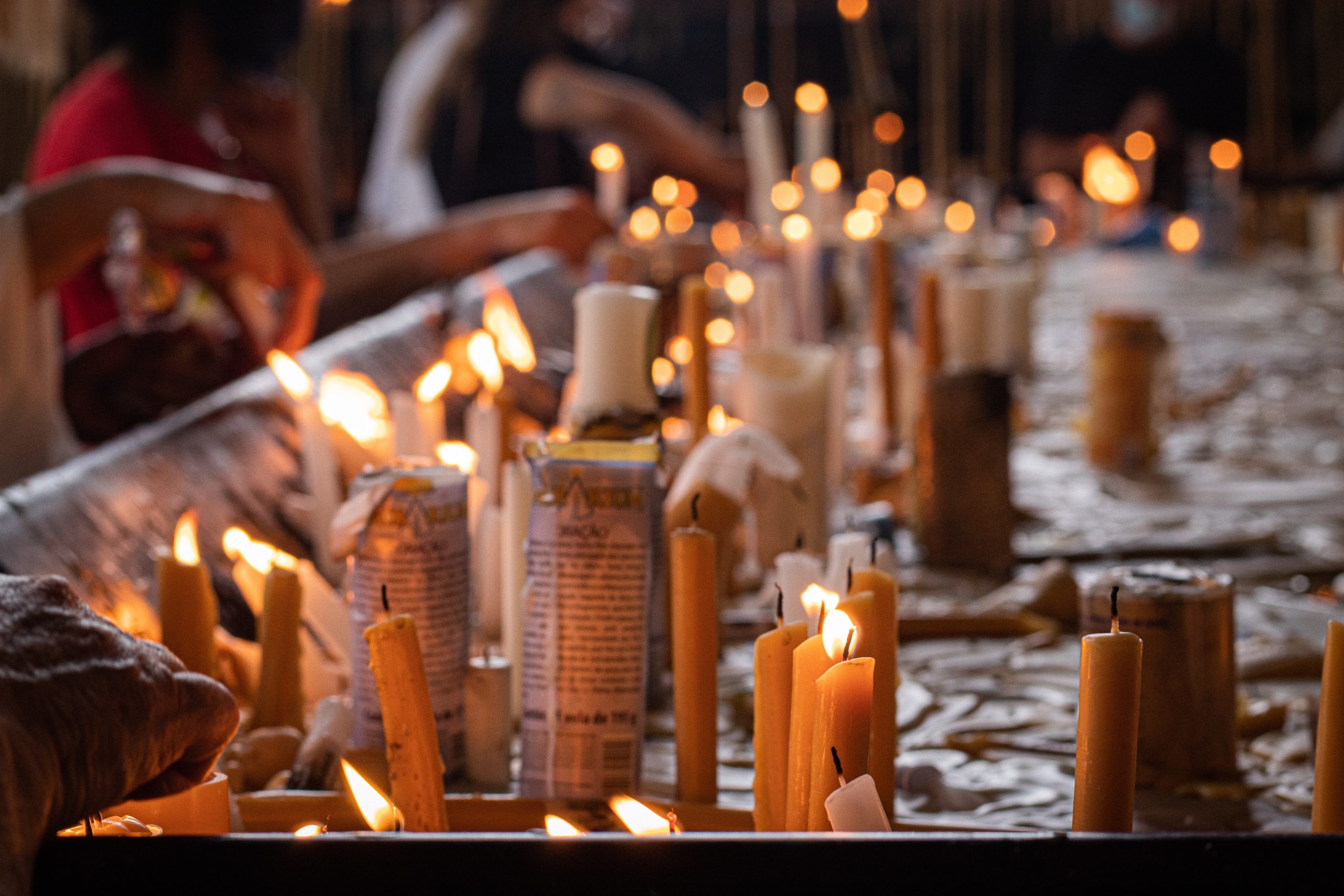 On Not Giving Up on Each Other

As we observed a pulpit exchange between St Mark’s and us, the video for this day has the Rev Ingrid Cramer Doerschel lead worship at Our Saviour. The sermon below is what our pastor preached at St Mark’s.

There is a story that has become part of our family lore.
My wife and I met in Vancouver in 1988. In 1989 we went hiking in Norway. It was early September, we were in the mountains, and the weather was rainy. It took a lot of concentration not to slip on the trail and we were both keeping our eyes on the section of the trail immediately in front of us.
When I heard something I turned around and asked whether she had said something to me. She had not. To re-orient myself as to where I was going I looked up I and saw a solitary musk ox, coming our way, about 10 metres in front of us. I got very excited (I had never seen one but had hoped to), jumped on a rock next to the path to get out my camera and slipped, alas my large backpack saved me from sustaining an injury. We did take pictures and then went on our way. The next day we came upon a sign that said that rogue musk oxen may be aggressive animals as they have been expelled from the herd for asocial behaviour.
I do not know what gets a musk ox expelled from the herd, but I do have an idea of what can get a person expelled from a community, even from a church.
Because that is what we do with people who do not conform to our social norms, and by doing so, they become someone else’ problem. They already are their own problem.

The first congregation I served was in Winnipeg’s West End. The neighbourhood was a place where immigrants had settled, and still did, except that German immigrants had made room for Vietnamese, Filipino, and Portuguese newcomers. But as German immigrants had prospered and mostly moved to the suburbs, and housing in the area was older and thus more affordable, among our neighbours were not only newcomers to Canada but also the urban poor. A few would stop by regularly.
There was Dale who had some kind of addiction and who made the rounds, visiting not only our church but many other churches; there was Duncan who had an addiction to painkillers; there was Margaret who had some pathological phobia and therefore could not function normally and lived in poverty; but there was also the woman at whose wedding I had presided and whose husband turned out to be an alcoholic and who was drinking away whatever income the family had. Seminary did not train me for this, although it is a regular part of most pastors’ work.
What I have learned over the years is not only that everyone has a story and that even if a story I am told is not true, there is still need, for which of us would want to go around telling made-up stories to get a few dollars?

But I have also learned that what most people need more than money and food (and they do need money and food) is relationships, with people who know them and who care about them, and who are willing to call them on behaviour that is inappropriate and that are equally willing to be accountable, for as we learn in Genesis four, we are our brothers and sisters keepers.

We live in a world in which the economy dictates our values. We often speak not of citizens but of consumers. Our public conversations are often determined by the bottom line and often we are inclined to vote for those candidates who offer us the best bang for our buck. One objection we often make to policy proposals, whatever they may be, is that we have to be able to pay for it all, which is of course true, but this is always a question of priorities and whether we want to spend our money now or later, if you know what I mean. Now in prevention, later in policing and medical costs.

If we pay close attention, we notice that the lost and found parables do not make economic sense, at least not to us moderns. In Luke 15 Jesus tells three stories about things or people that are lost. The parable of the prodigal Son follows today’s reading (we read it in Lent), and it makes no sense from an economic point of view. Thus, implicit in these stories is the requirement for us to change our perspective regarding the things that matter and which therefore should guide our judgement.

Our world is marked by waste. Think of Amazon and other online retailers where returns (of which there are many) are not resold to another customer but are simply disposed off. That loss is assumed and accepted.1 What it does to the environment is irrelevant to Amazon.
Amazon is an extreme example but waste is built into the system everywhere. Think if you were, say, a green grocer. You would not expect to sell 100% of your perishable produce before it went bad. There’d be a certain percentage you would factor in as loss and your prices would have to reflect that.

Or, and this applies to our text, we say, well, you can’t win them all, and losing one sheep only represents one percent, and that’s pretty good.

But this is different with people. A teacher does not say, “Well as long as I return with most of the students after a field trip, that is enough. Don’t sweat the small stuff.”
We do not even act like this toward pets.

From a human point of view it is true that we cannot win them all. When in November you vote on the proposal that we will discuss after the service, you may not all be of the same opinion. I understand that you are not now.
Yet we are the Church of Christ not because we agree on everything, but because the God who created us in love, made us His own in our baptism, and gifted us with the Holy Spirit. And because it is God’s work and call in Jesus that make us the church, we neither need to seek unanimity, nor fear disagreement. In fact, our life together is not about winning arguments. To seek to win is to seek to dominate my opponent. Life as the church it is not about winning and losing but about seeking to be faithful to the One who redeemed us.
The way of Jesus is the opposite of winning, it is the way of serving and loving one another, especially when love may be difficult. God won us for Godself through Jesus who emptied himself, taking the form of a slave, being born in human likeness. And being found in human form, he humbled himself and became obedient to the point of death – even death on a cross. (Philippians 2)

And so we are reminded that the life in God is counter-intuitive, it does not come to us naturally, it’s not what we would do, but it is what God does. God does not accept loss, but God seeks all.
And while the last verse of our reading speaks of repentance, not in any of the stories in Luke 15 is repentance a requirement to be saved.

I just finished reading a short story by the American writer Wendell Berry. The story is called “Watch with Me.” It is a kind of extended meditation on a community watching out for a lost member with mental health problems (“Nightlife” is the nickname bestowed upon him), or as the other characters in the story put it, he had “a spell” come over him. They watch him and keep him safe until he is himself again. Toward the end of the story, still under the spell, Nightlife is in a barn, surrounded by friends who have been trying to keep him safe and he begins to preach on this very parable of the lost sheep that we have before us today. Berry writes, “Though Christ, in speaking this parable, asked his hearers to think of the shepherd, Nightlife understood it entirely from the viewpoint of the lost sheep, who could imagine fully the condition of being lost and even the hope of rescue, but could not imagine rescue itself.”
“’Oh, it’s a dark place, my brethren,’ Nightlife said. ‘It’s a dark place where the lost sheep tries to find his way, and can’t. The slopes is steep and the footing hard. The ground is rough and stumbly and dark, and overgrowed with bushes and briars, a hilly and hollery place. And the shepherd comes a-looking and a-calling to his lost sheep, and the sheep knows the shepherd’s voice and he wants to go to it, but he can’t find the path, and he can’t make it.’”
“The others knew that Nightlife knew what he was talking about. They knew he was telling what it was to be him. And they were moved.”2

They, the ones Nightlife is preaching to, were the shepherds in the story and they knew it. They had been with him for the last 48 hours, day and night, hoping to prevent him from harming himself or others, but knowing that they may be harmed in the process.
In not giving up on him as one of their own, they had embodied the persistence of God who does not give up on any of us, and whose economy is not one of efficiency, but of love, of service, of sacrifice, and of joy.